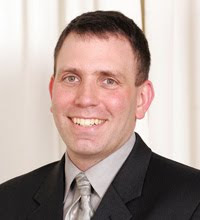 [Via email from Matt DeMargel of the Durham Bulls.]

Durham, NC – Durham Bulls radio broadcaster Neil Solondz was involved in a trade of his own doing with both parties involved believing the deal will help them achieve their goals.

Solondz and Tampa Bay Rays pre- and post-game show host Rich Herrera have swapped jobs for the next three days as Solondz will handle the major league duties and Herrera will do play-by-play for the Durham Bulls. Both men dream of landing jobs as play-by-play announcers in the Major Leagues and could use the experience each other’s full-time positions offer.

“I really appreciate the Bulls and the Rays allowing this to take place,” Solondz said, “This is something I’ve worked towards for a long time and it’s great to get this experience.”

The broadcasters were each responsible for their own airfare, but the teams picked up hotel expenses and the broadcasters swapped cars to make the venture work.

“Neil has been such a great asset to the Bulls for so many years it was the least we could do,” Durham Bulls General Manager Mike Birling said, “I’m certain he’ll be a major league broadcaster someday and am glad we were able to help.”

[Big congrats to Neil on this, albeit short, promotion! And thank you for all of the great coverage you provide Bulls fans all over the country.]
-- By Doug at 4:19 PM
Email ThisBlogThis!Share to TwitterShare to FacebookShare to Pinterest