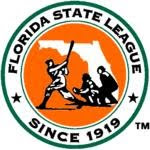 The Stone Crabs made the playoffs for the second time in franchise history. This time they clinched playoff berth by winning the first half of the season. They will be facing their newest foe, the Bradenton Marauders. It will be a battle of the best pitching in the league (Stone Crabs) versus the best offense in the league (Marauders). The season series between the two clubs was tied 9-9 during the regular season.

Game One of the series will be played at McKechnie Field in Bradenton on Tuesday. Games Two and Three head to Charlotte Sports Park for Wednesday and Thursday.

-- By Donten Photography at 2:13 PM
Email ThisBlogThis!Share to TwitterShare to FacebookShare to Pinterest