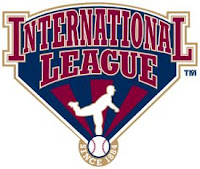 The Durham Bulls defeated the Louisville Bats in game five of the semi-finals to advance to the Governor’s Cup Finals. The Bulls make their second straight appearance in the finals, this year facing the Columbus Clippers.

The Bulls and Clippers faced off eight times this season with the overall series tied 4-4. Here is how the clubs match up:

Starters for the series have not been named yet.

The best of five series begins on Tuesday. Games one and two will be played at Huntington Park. Then the series heads to Durham for the final three games on Thursday.
-- By Donten Photography at 3:00 PM
Email ThisBlogThis!Share to TwitterShare to FacebookShare to Pinterest