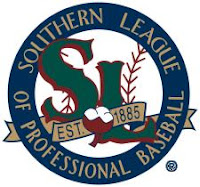 The Southern League released their postseason all-star team today. Matt Gorgen was the only Biscuit to be named to the 2010 squad. Gorgen is second in the league in saves with 20 on the year. He has a 1.72 ERA with 45 strikeouts in 47 innings pitched and held opposing hitters to a .193 batting average. Gorgen has been named to an all-star squad in all three of his seasons as a professional.
-- By Donten Photography at 4:52 PM
Email ThisBlogThis!Share to TwitterShare to FacebookShare to Pinterest