The following players and staff from the Tampa Bay Rays organization will join the Phoenix Desert Dogs in the Arizona Fall League:

As in past seasons the league will consist of six teams in two divisions, with orgs assigned as follows for 2012:

Weekly schedule: The league plays Monday through Saturday at six Maricopa County spring training stadiums during the six weeks prior to Thanksgiving. 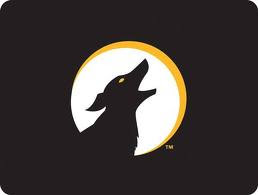 - Roster size is 30 players per team.

- Each MLB organization is required to provide at least six players.

- All AAA and AA players are eligible if they were on at least a AA roster by August 1st.

- One player below the AA level is allowed per MLB org.

- One foreign player per org is allowed, as long as the player does not reside in a country that participates in winter ball, as part of the Caribbean Confederation or the Australian winter league.

- No players with more than one year of credited Major League service as of August 31st are eligible, except an org may select one player picked in the most recently concluded Major League Rule 5 Draft.

- Players on a minor league disabled list must be activated at least 45 days before the conclusion of their respective seasons.

UPDATE: Per this article there are some new roster rules for the 2012 season, including:

But under new roster guidelines, teams can send seven players to the AFL. The seven appointments can include two low Single-A or first-year draft picks signed by July 13, two high-A players and three Double-A or higher participants.

That explains the Rays sending 3 players below the AA level. Apparently they have also changed the disabled list rule (being off for 45 days before end of season) since Hak-Ju Lee is being sent while currently on the Biscuits DL. The AFL information page still lists the rules I originally posted, so I'm not sure what other rules may have changed.
-- By Doug at 6:49 PM
Email ThisBlogThis!Share to TwitterShare to FacebookShare to Pinterest