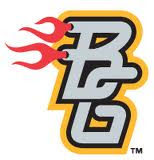 Hot Rods and Rays will remain together for at least two more years:

The Bowling Green Hot Rods and the Tampa Bay Rays have announced an extension of their Player Development Contract, keeping the Rays Class A Affiliate in Bowling Green through the 2014 season. The Rays and Hot Rods have been partners since 2009, the inaugural season of Hot Rods baseball in Bowling Green.

"We are very pleased to continue our relationship with the Rays," said Art Solomon, Hot Rods owner. "Tampa Bay continues to be a top-notch organization that consistently supplies us with high-character players and competitive teams on a yearly basis. We look forward to contending for Midwest League titles in the years to come."

"Working with the Rays has been a pleasure for our team”, continued Solomon, “The players provide our fans with excitement on the field while representing the Rays, the Hot Rods, and themselves with class in the community. We look forward to two more great years with Tampa Bay."

Since the partnership between the Rays and Hot Rods began in 2009, the Hot Rods have produced one current member on the Rays Major League roster, starting pitcher Matt Moore. Currently, five players that have donned a Bowling Green uniform are members of the Triple-A Durham Bulls, and 19 former Hot Rods play in Double-A for the Montgomery Biscuits.

“We are very pleased to extend our relationship with Bowling Green," said Rays Director of Minor League Operations Mitch Lukevics. "Since our affiliation began, they have been great partners in the development of our players."

The Hot Rods have won 155 games in the last two seasons and will make their second consecutive appearance in the Midwest League postseason on Wednesday, September 6. Only two teams at the Class A level have more victories than the Hot Rods over the past two seasons: the Midwest League’s Lansing Lugnuts (Toronto) and the South Atlantic League’s Greensboro Grasshoppers (Miami).
-- By Doug at 4:17 PM
Email ThisBlogThis!Share to TwitterShare to FacebookShare to Pinterest