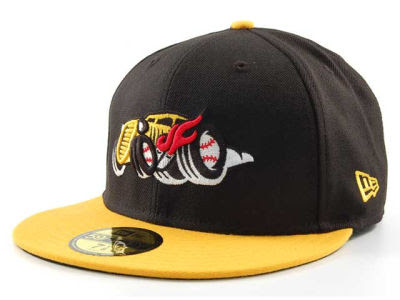 The minor league rosters are (nearly) set, which makes it about time to talk about the 2012 outlook for each of the Rays full season affiliations. Therefore, I've graded each roster part (rotation, bullpen, catching, infield, outfield) on a scale from A (best) to F (worst). Fourth and last in-line are the Bowling Green Hot Rods (check our depth chart for the current roster). Feel free to share your thoughts about the outlook in the comment section.

Despite potential candidates like Jeff Ames or Matt Spann not making the jump to full season ball, the rotation in Bowling Green is stacked. Jake Floethe, Felipe Rivero, Parker Markel, Ryan Carpenter, Roberto Gomez (these 5 form the rotation at the start of the season), Andrew Bellatti and Jason McEachern make at least 7 viable candidates for a starting pitching gig. Especially Parker Markel, Ryan Carpenter and Felipe Rivero could emerge as new top-pitching prospects in the Rays system.

Next to Austin Hubbard (whom I'm very surprised not to see on Port Charlotte's roster) and Andrew Bellatti I don't see anybody dominating in '12. Charlie Cononie was excellent with the Renegades, though, and Jacob Partridge could profit from a move to the pen. Overall, though, this group seems to be average at best. By the way: Did I miss it, or what happened to David Kubiak?

Despite Justin O'Connor and Jake DePew expectadly staying in XST, the catching group in Bowling Green is one to look out for. Matt Rice played very solid upon being drafted and adds leadership to the Hot Rods team. International prospect Alejandro Segovia is slated in behind Rice. Segovia, who dominated in the Liga Paralela this off-season, is a very interesting prospect to follow.

The Hot Rods infield is the one with the highest upside in the Rays minor league organisation. It's filled with high '11 draft picks (Tyler Goeddel and Jake Hager), two excellent '11 mid-round picks (Cameron Seitzer and Taylor Motter) as well as one early round draft pick each of the '10 (Ryan Brett) '09 (Jeff Malm) draft and international signee Juniel Querecuto. The combination of long-term upside as well as present skill in this group is excellent. And while most of the players are more in one of these corners, Ryan Brett is a great example of a prospect who, despite his young age, already has transformed lots of his "stuff/projectability" into skills.

I nearly like the Hot Rods' outfield as much as their infield. Todd Glaesmann, Kes Carter and especially Drew Vettleson are very interesting prospects to follow in the coming years. All three, more or less, project as quality corner outfielders with above average power and solid speed. And while Kes Carter could even develop into a solid center fielder, Drew Vettleson is the prospect with the highest upside of this group.

The Hot Rods' roster is full with projectable, high-end prospects. Therefore, nearly everybody raves about this roster. The lack of much pro-experience for some of these prospects, however, makes me think that the start of the season could be difficult for this team (especially for the offense). But, I expect the in-season progress of this roster to be remarkable. I see this team, barring roster changes, play on a much higher level at the end of the season than at the beginning.
-- By BurGi at 5:49 AM
Email ThisBlogThis!Share to TwitterShare to FacebookShare to Pinterest