The positive trend of the last weeks couldn't be continued by the minor league affiliates in the last week. Combined, the full-season ball affiliates had a record of only 9 wins opposing 14 losses. Especially the Stone Crabs with 5 consecutive losses haven't helped their playoff chances last week. Sad stat of the day: Since this week, the Durham Bulls are LAST in pitching (according to ERA) AND in offensive production (according to OPS) in the International League!

Nevertheless, I want to focus on the positive pitching trend since the start of the season, by pointing out two facts:

ERA change since the start of the season 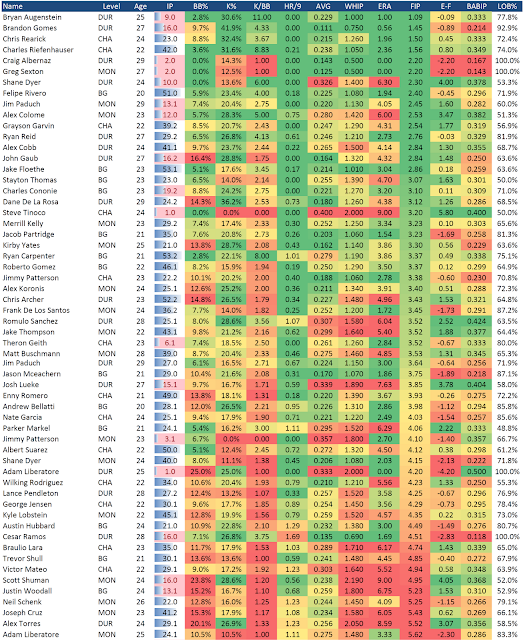 Prospects to be falling
Glossary
All of the stats provided above are excluding the stats from the previous day. I preferrably use FanGraphs as source for the stats. Click on each stat for its explanation:
-- By BurGi at 4:33 AM
Email ThisBlogThis!Share to TwitterShare to FacebookShare to Pinterest