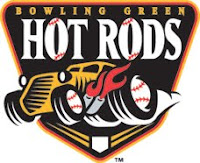 "We are just 32 days from Citizens First Opening Day," said Hot Rods GM/CEO Brad Taylor. "These new promotions epitomize the fun and creativity our staff brings to the ballpark for the fans each game. We are looking forward to Fan Fest on Saturday and the start of the season next month."

The first home stand is jam packed with new promotions and giveaways, beginning on April 11 when Citizens First presents the first 1,000 fans (13 & up) with a Hot Rods Opening Day T-Shirt. The following night Flora Templeton Stuart presents Fueled by Art Calendars, featuring a collection of artwork submitted by local students in the Fueled by Art Program. On Wednesday, April 14, 1,000 fans will receive a 2010 Hot Rods Magnet Schedule courtesy of Crouch Family Chiropractic.

In addition to the giveaway items, the first week welcomes the return of KRAFT Singles Tuesdays, offering a special buy one ticket, get one free offer to fans who present a KRAFT Singles wrapper at any Tuesday home game this season. The first Wednesday night is Warren County Wednesday where all Warren County residents can buy a box seat ticket for just $2. After the 2010 debut of Thirsty Thursday on April 15, the home stand wraps up a night later with the first show in the Family Fireworks Series presented by Clean Freaks and The Gables/Western Place.

Building on the popularity of T-shirt nights in 2009, additional tees will be given out in 2010. On Sunday, May 16, 1,000 fans (12 & under) will receive a Hot Rods Youth Jersey Tee. First Choice Home Medical once again teams up with the Hot Rods on June 19 to present 1,000 fans (13 & up) with a Fans Choice Tee, which will feature a design voted upon by fans on the team's website, www.bghotrods.com.

In August, the Hot Rods have added a new pair of promotions for value-minded (and hungry) fans. On Wednesday, August 4, the team will celebrate hot dogs with $1 Wiener Wednesday, offering fans of the frankfurter their favorite fodder for just $1. Later in the month, kids 12 and under will receive a free hot dog, chips, and soda with a paid admission when the Hot Rods play the Lake County Captains on August 25.

Rounding out the list, the team has beefed up its selection of the wild and crazy nights that define a Minor League Baseball promotional schedule. Hill's Pet Nutrition Bark at the Ballpark returns on July 7, welcoming fans and their dogs to that night's game. On May 30 and August 11, respectively, fans will be treated to Super-Mega-Prize-a-Thon and Gift-Card-o-Mania, guaranteeing a night of fun and curiosity as fans enter the gates. The team has added another element to Hootie-palooza, its ode to the birthday of former Hootie and the Blowfish front man Darius Rucker. While celebrating music from Hootie and his country music career, one fan will walk away with an acoustic guitar signed by Mr. Rucker. However, due to his thriving tour schedule, Mr. Rucker will not be able to make it to the ballpark.

Fans can purchase tickets to all 2010 Hot Rods home games beginning with Fan Fest on Saturday, March 13, from 12-5 PM at Bowling Green Ballpark. During Fan Fest, the team is hosting an American Red Cross Blood Drive in the Stadium Club. All fans who donate blood will receive 20% off their merchandise purchases at The Body Shop on Saturday.

To view the Hot Rods entire, game-by-game promotional schedule go here.
-- By Doug at 6:34 PM
Email ThisBlogThis!Share to TwitterShare to FacebookShare to Pinterest