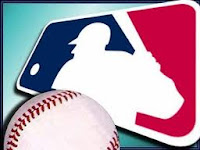 There are reports that Felipe Lopez is going to sign a minor league deal with the Rays. The most exciting part about his signing to me is that it will mean the 2011 draft order is finally set, as Lopez was the only remaining unsigned Type A or B free agent. Since it's reported to be a minor league deal, the Red Sox will not receive a compensation pick for him (if he would have signed a major league deal they would have received a supplemental first round pick, number 48 overall).

With that settled, we can try to estimate how much the draft will cost the Rays in signing bonuses. There haven't been any reports yet on whether MLB will increase or decrease it's recommended slot amounts for 2011, so I'm going to assume for this article that they remain the same as 2010. Some of the picks will sign for over-slot and some under-slot, but let's see what it would cost if every pick signs right at the slot amount.

Here are the Rays picks, by overall pick number, in the first 5 rounds:

The Rays will also have 45 more picks in rounds 6 through 50, but the vast majority of the Rays draft budget will be spent on the first 5 rounds. Here is what the MLB recommended signing bonuses were for each of the above picks in 2010:

That gives us a grand total of $11,246,000, a $4,046,000 increase from 2010. That is a lot of money for the budget-conscious Rays and their 40-some million dollar payroll. But it should bring a huge influx of talent to the organization for less than the cost of one mid-level free agent. Remember, it's still about $5 million less than they spent for a year and change of the great Pat Burrell.

This is only a rough estimate, and many picks will not sign (18 didn't sign in 2010). But I wouldn't be surprised if the Rays end up spending between 11 and 12 million dollars on players this June.
-- By Doug at 2:40 PM
Email ThisBlogThis!Share to TwitterShare to FacebookShare to Pinterest