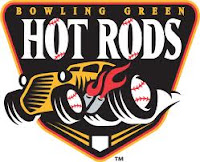 Bowling Green, KY – The Bowling Green Hot Rods, Class A affiliate of the American League East Champion Tampa Bay Rays, introduced Facebook Fans Night on Monday. Scheduled for May 18, the promotion is the first of its kind in Minor League Baseball, allowing the team’s Facebook fans to customize the entire Hot Rods experience using the power of social media.

“Several teams, including us, are using social media to promote their club and communicate with their fans,” said Hot Rods President Brad Taylor. “But this promotion takes that idea to the next level by giving our Facebook fans ownership of an entire game as they democratically create the elements of the night.”

Beginning with today’s announcement, the initial step of the promotion drives the team’s Facebook fans to recruit new members to add to its following that has surpassed 7,000 fans. Until April 18, for every 200 additional fans that ‘Like’ the team on Facebook (up to 10,000), the Hot Rods will reduce ticket prices by 50 cents for all of its Facebook fans on May 18. This means for every 1,000 new fans beyond the current 7,000, box seat ticket prices drop $2.50 from their face value of $10.

Starting next Monday and continuing every week through the beginning of the season, the team begins phase two of the promotion. Each week a new element with a handful of choices will be posted on the team’s Facebook page for fans to vote on. The first element on February 21 will have fans select what time the game starts on May 18. Additional elements include which uniforms the Hot Rods will wear and what food and merchandise items will be specially priced for the game, among many others. Hot Rods Facebook fans will also be incorporated into several game day activities ranging from on-field promotions, first pitch opportunities, and meetings with Hot Rods players and coaches.

Fans who wish to join the revolutionary promotion can become a Hot Rods fan at Bowling Green Hot Rods.


(And just a quick reminder: Citizens First Opening Night is just 56 days away. The Hot Rods open their third season on Monday, April 11, at 6:35 PM against the Fort Wayne TinCaps (San Diego Padres).)
-- By Doug at 1:12 PM
Email ThisBlogThis!Share to TwitterShare to FacebookShare to Pinterest