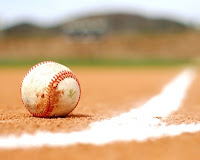 Outfielder Jeff Salazar reported today, becoming the 53rd player in camp ahead of the Saturday deadline. The remaining six players who haven't reported are 1B Carlos Pena, 2B Ben Zobrist, SS Hak-Ju Lee, OF Brad Coon, OF Jesus Feliciano and 1B Juan Miranda.

Manager Joe Maddon thinks lefty reliever J.P. Howell's confidence is returning after his struggles last fall. "Whatever was on the back of his mind last year regarding throwing a baseball, I’m sure it’s not there anymore," Maddon said. "When you are away from the game as long as he was, there are adjustments to be had when you come back. I think he’s very happy to get this all in the rearview mirror."

Maddon was impressed with new catcher Jose Molina and his impact on the pitchers and younger catchers. "Are you talking about the Reverend Molina? The one they are starting to flock to over there?" he asked. "J-Mo isn’t going to run away from that, which I like. It’s great that the other catchers and the pitchers want to talk to him." Maddon added that "the thing about him is that he works at it, he’s willing to share it. Not only what he does, I think he is going to impart that information on some of the young catchers, too."

Starter James Shields also sounded confident in Molina after their bullpen session. "I felt good. It was nice and easy. This is the time of the year where you just take it easy and get your mechanics down and try to build a nice little rapport with [Jose Molina]. He’s a veteran catcher; he’s going to get it quickly. He’s a good dude." Shields added that Molina "knows exactly what I got, it’s just a matter of getting on the same page and working with him."

The Rays 2011 ace feels the competition to make the starting rotation this season will benefit the team. "That’s a good problem to have," Shields said. "We are going to have some tough decisions to make. We can just go out there and compete. The good news is that that is the kind of environment we want to be in. I think we are at the point now in this organization where it’s hard to crack our rotation. That’s a good thing."

Some videos of Manager Joe Maddon and RHSP James Shields from today provided by the Rays:

-- By Doug at 6:03 PM
Email ThisBlogThis!Share to TwitterShare to FacebookShare to Pinterest